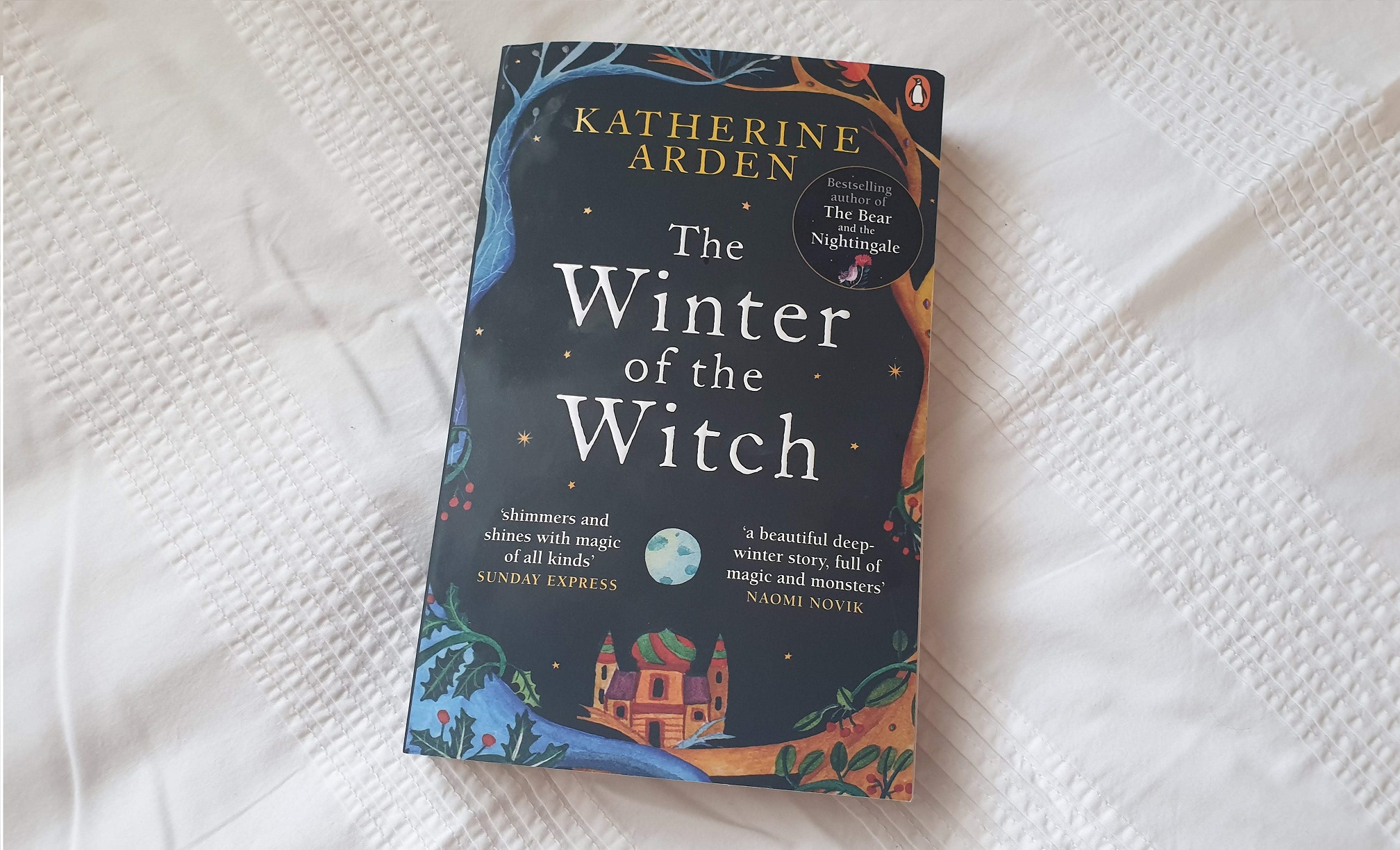 Katherine Arden brings traditional Russian folklore alive in the final instalment of the Winternight trilogy. Set in medieval Russia, the series weaves its away across the bitterly harsh landscapes of Moscow and into mystical realms guarded by demons.

Throughout the series we follow the headstrong Vasilia Petrovna, a wild young girl determined to find a purpose beyond marriage and children. Vasilia (or Vasya – you get used to the Russian interpretation of names…) has the rare ability to see and speak to the demons (chyerti) that live unseen amongst the people.

Without reviewing the previous two books I’m going to struggle to explain this one without spoiling it, so I will definitely have to revisit The Bear and the Nightingale and The Girl in the Tower another time!

The Winter of the Witch is by far the most enchanting and my favourite of the three books. Moscow is burning, the city has outed Vasya as a witch, the Tatars are threatening the Russians with war and, as if that wasn’t enough, the Bear has returned to watch in amusement as he haunts the city with the dead once again…

But my favourite thing about this novel was how Arden plays with the traditional characterisations of hero and villain. Throughout the previous two books it has been pretty clear where allegiances lie in terms of good vs evil. But this gets completely turned on its head:

“There are no monsters in the world, and no saints. Only infinite shadows woven into the same tapestry, light and dark. One man’s monster is another man’s beloved. The wise know that.”

Vasya is reckless, ruthless and enjoys the thrill of the chaos.

Morozko is as cold and committed as ever, indifferent but understanding.

The Bear is malicious, manipulating and heartfelt.

We are also introduced to several new chyerti with equally complex characters, including a cute little mushroom spirit and the demon Lady Midnight – who is by far my favourite; an ominous darkness that oversees the land of Midnights, she lingers in the shadows sometimes with a witty cruelty, sometimes with a kindness.

“This person had skin that was violet-black, and her hair was pale, blowing white across eyes like two stars. She was looking from the women to the Bear and said not a word. This was the demon called Midnight.”

The Winter of the Witch brings humans and chyerti together, using a demon’s perspective to question elements of our humanity:

“Love is for those who know the griefs of time, for it goes hand in hand with loss. An eternity, so burdened, would be a torment.”

“Men make themselves afraid,” the Bear told her, smiling. “Imagining is worse than anything they actually see. All it takes is whispers in the dark.”

I can’t say I’m a very experienced fantasy reader, actually thinking about it this is probably the only proper fantasy I have ever read! Some other things I’ve struggled to get into, and I can’t say I’m up for reading LOTR any time soon. But I loved the Winternight trilogy so for anyone who doesn’t venture into fantasy much, I’d highly recommend it.