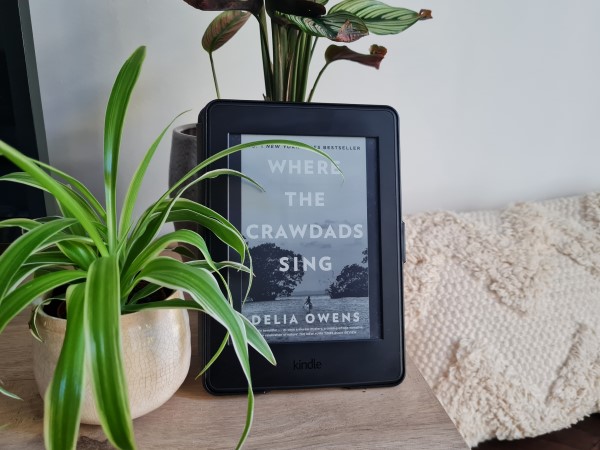 I loved Where the Crawdads Sing. It has the perfect balance of descriptive prose and a narrative that will grip and surprise you until the very end. Delia Owens captures the atmosphere of the marshland and its inhabitants in intricate detail, accentuating both the beauty and the perplexity of the natural world:

“Watermarks, outlined with salt crystals, waved across the lower walls, and black mildew spread like blood vessels toward the ceiling. Tiny dark mushrooms hunkered in the corners.”

The story follows Kya, abandoned as a child in the 1960s and growing up in the North Carolina marshes alone, as she tries to understand the world around her. Kya is at ease with nature, spending hours upon hours observing the behaviours of the flora and fauna she calls home. The little contact she has with residents of the nearby town puzzles her, as it’s not in equivalence to what she sees in the natural world.

“…the colors, the light, the species, the life; weaving a masterpiece of knowledge and beauty that filled every corner of her shack. Her world. She grew with them—the trunk of the vine—alone, but holding all the wonders together.

Having always been viewed as an outsider, Kya unexpectedly finds herself the leading suspect for a murder trial. But how could such a kind-natured little girl, now a young woman, be involved in such a crime? All Kya has ever known is bewilderment, betrayal and broken promises, and it seems the accusations of the local community will only add to this hurt.

“Drifting back to the predictable cycles of tadpoles and the ballet of fireflies, Kya burrowed deeper into the wordless wilderness. Nature seemed the only stone that would not slip midstream.”

Where the Crawdads Sing broke my heart several times over with its exploration of love, loyalty, and friendship alongside its thought-provoking reflections on what is natural in this world. The setting of the marsh itself holds a strong significance to what it means to be wild, and to truly understand the behaviours of others.

“Kya knew judgment had no place here. Evil was not in play, just life pulsing on, even at the expense of some of the players. Biology sees right and wrong as the same color in different light.”

This is also reflected in the title of the novel, with multiple explanations referring to what the phrase ‘Where the Crawdads Sing’ means:

“Just means far in the bush where critters are wild, still behaving like critters.”

“Some parts of us will always be what we were, what we had to be to survive—way back yonder.”

Without including spoilers it’s difficult to explore what these references mean in the context of the story – but when you know, you know. It throws into question the assumptions we make and our tendency to underestimate people. I’m not quite sure exactly how to interpret the twist at the end, but I appreciate that in itself; I love an unconventional ending!