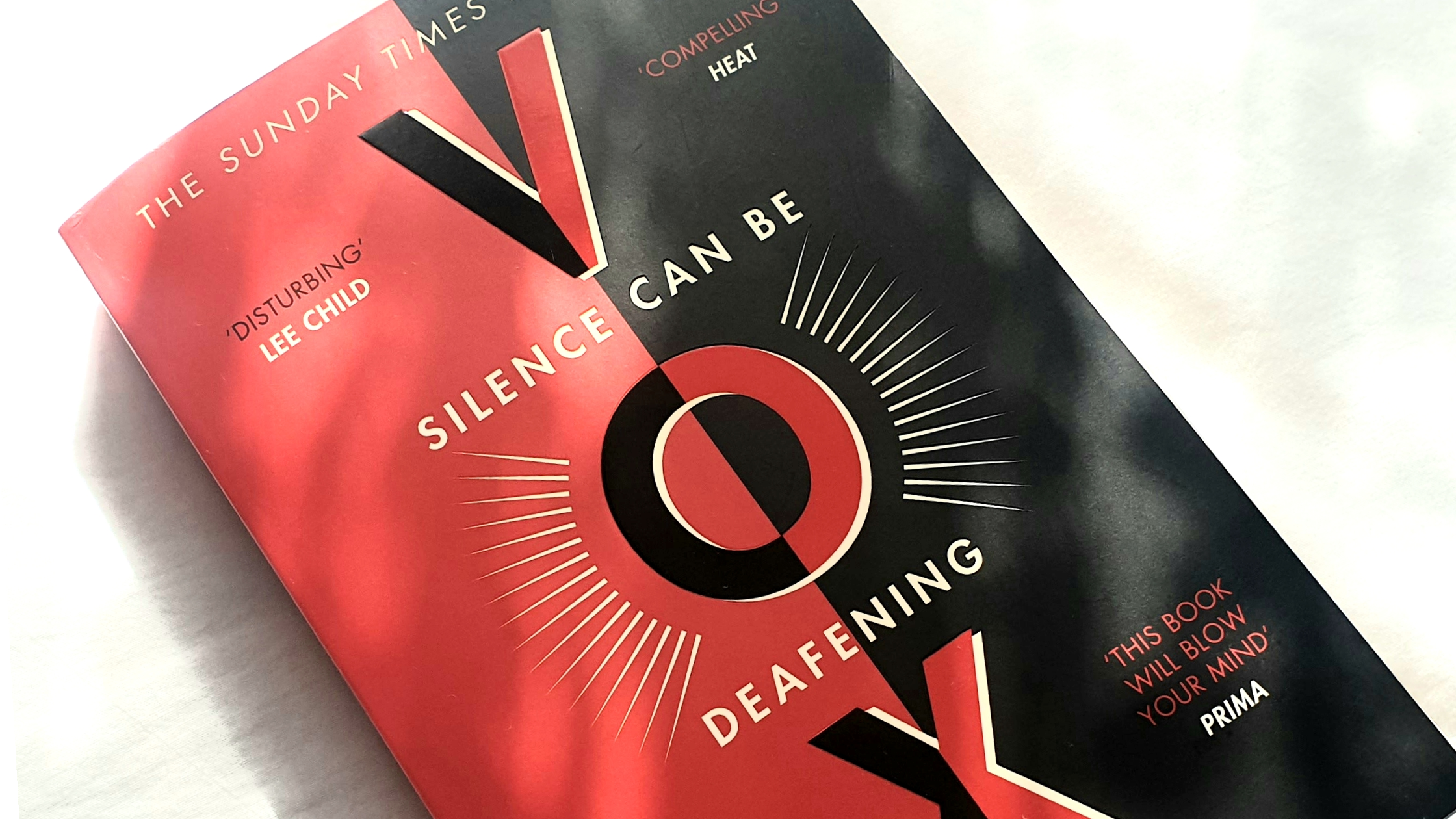 “Be careful, honey. You’ve got a lot more to lose than your voice.”

Vox is a feminist dystopian novel set in modern day USA, where new laws permit women of all ages to only speak 100 words a day. I actually haven’t read The Handmaid’s Tale, but I know the premise and assumed that Vox would adopt similar undertones about women in society.

The protagonist is mother-of-four, Jean McClellan, who prior to the ‘Pure Movement’ worked as a linguist. Her husband Patrick works closely with the President, and when the President’s brother suffers from Wernicke’s aphasia after a skiing accident, Jean is called upon to help find a cure. It’s this exposure to the inner workings and corruption in the Government that reveals further horrific plans linked to the Pure Movement, and Jean is determined to overthrow them.

“Fucking high heels. Made by some asshole of a man to hobble a woman, make her walk two paces behind him.”

My first impressions of this novel were not favourable, mostly due to the writing style – I prefer descriptive, lyrical, and poetic prose and Vox is not like that at all. Dalcher also described spoken words as ‘darts/arrows’ at least three times in the book (once literally a few pages apart) which got me a bit vexed. I was hoping maybe it would come to some significance but it never did… Nevertheless, I was intrigued to see where Dalcher would go with the story and what the underlying messages might be.

There were some quite moving instances of defiance from women, who through their frustration actively chose to speak (or even scream) more than 100 words and suffer the pain of their actions. Throughout the first few chapters I felt Jean’s frustration was captured really well through her inadvertent hatred towards the male members of her family.

Overall I spent most of the novel feeling a bit underwhelmed, but there was enough suspense to keep me turning the pages. Having not felt that invested in the story, I was surprised at how emotional I was about the ending. It wasn’t completely unexpected, but I still felt a pang of sadness over what happened. It’s difficult to explain without revealing spoilers (!) so scroll past if you haven’t read it yet…

Part of me wished that Jean had left for Italy with Lorenzo, leaving her family behind. Only because I think this would have put an interesting spin on character development; you wouldn’t expect a woman to leave her children, so Dalcher could have used that to explore the effects of the Pure Movement on emotions, rationale, and what people really will do for love. Likewise, I feel like Dalcher missed a trick on using first person narrative to really open up Jean’s feelings about Patrick’s demise. This could have been an opportunity to explore another complicated relationship, and I felt it left a hole in what seemed like a very rushed ending.

So, all in all I’m rating Vox 2.5 stars. Dystopia is one of my favourite genres but this one just didn’t hit the mark for me through a mixture of both writing style and plot. I’m even more tempted to read The Handmaid’s Tale now to see how that compares.