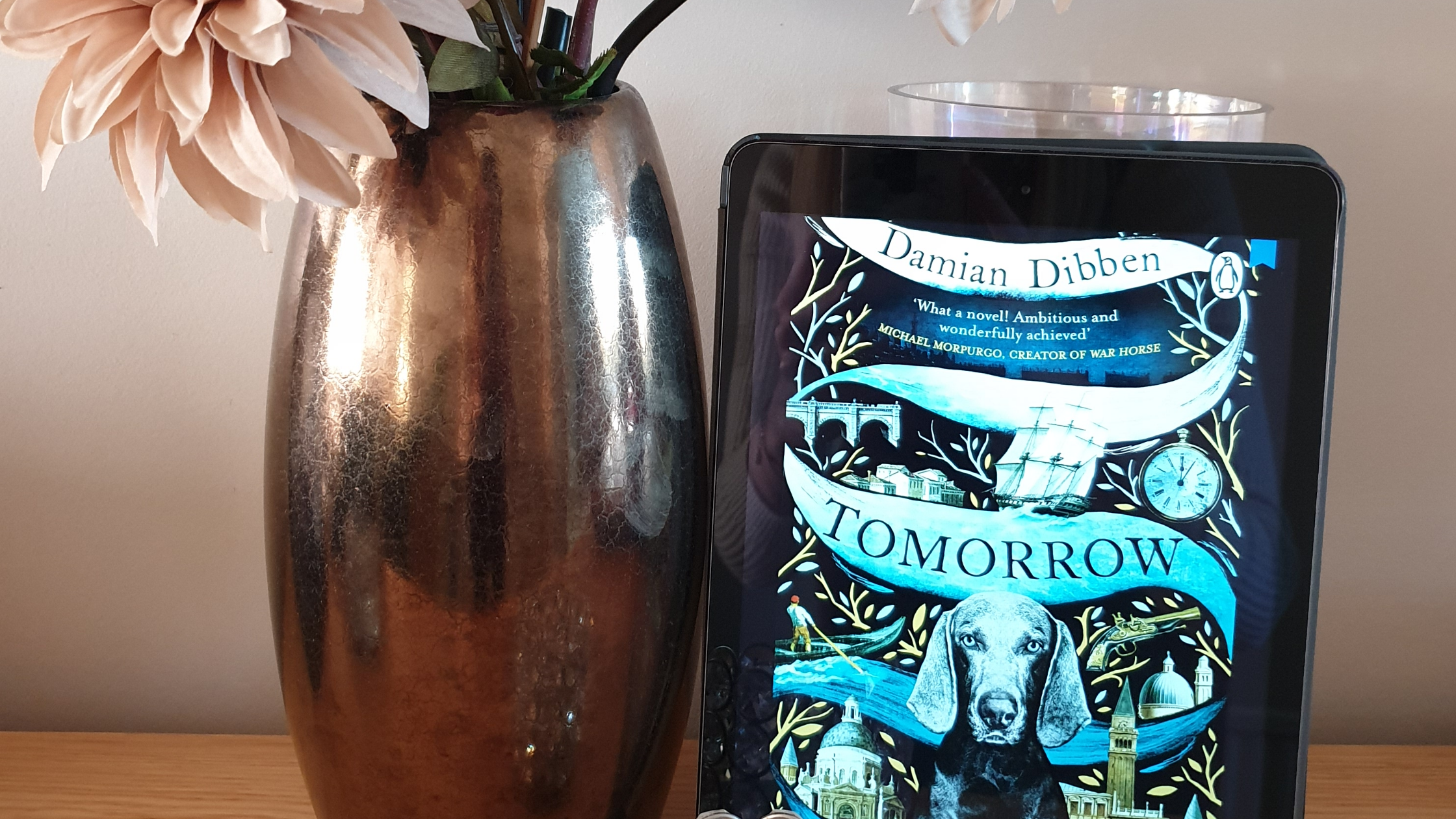 Where to even start with this novel… I absolutely loved it. An original idea executed brilliantly, Tomorrow is a heart-warming adventure that you won’t be able to put down.

Alternating between the 17th and the 19th century, the story is told from the perspective of an immortal dog (Tomorrow) who travels across Europe in an attempt to find his master, Valentyne (also immortal) whom he lost over 100 years ago.

Valentyne is best described as a chemist / alchemist, offering his services to various courts in Europe to treat the ailments of the nobility. His thirst for discovery leads him to uncover a rare element in Persia, which he distils to create a serum that offers long-lasting life. Administered to both himself and his canine companion, the serum is responsible for a unique everlasting friendship.

While exploring Europe together, the two are separated and Tomorrow finds himself alone in a strange city. And so begins his journey of patience, hope and perseverance lasting more than a century.

What I loved most about the way this was written, was how the dog’s perspective was weaved into the prose. There was a distinct focus on smell throughout, in beautiful descriptions of his surroundings:

“Glasses overflow, conversations slur, couples whisper in corners, the dancing grows yet messier and the gentle scents of before mutate into dirty-sweet smells, feral and fleshy.”

I’ve read novels in the past which used a dog as the protagonist, and they completely missed the mark on making the most of this unique perspective (The Art of Racing in the Rain springs to mind). And then there are the passages which don’t focus on smell in particular, but are just stunning:

“The wind whistled and charmed up ghoulish spectres of sand, sending them rolling past us.”

“His eyes, treasures of tourmaline before, are rounds of discontent, sinkholes into the unknown.”

“My brain is a souring fog, a sickness of shifting shapes, of things just out of reach, of trapdoors down to fiendish places.”

I also liked how the author made use of present tense throughout the narrative, as this created an interesting sense of ambiguity; toying with what the reader knows about the characters’ immortality, he was able to create suspense and expectation against a backdrop of certainty.

And then of course are the themes central to the book: friendship, loyalty, discovery and mortality.

It was Valentyne and Tomorrow’s passion to meet the great minds of the multiple eras they lived through, brushing shoulders with the likes of Mozart, Byron and Michelangelo to name a few. They found science and advancement fascinating, but at what point do we feel we have learnt everything we can? Can this ever be achieved?

“‘No time, no time,’ he keeps panting, unfolding the pages of another tome, every minute, every new piece of information vital to him.”

“The infinitely tiny and the unimaginably huge, to understand even what it means ‘to understand’.”

Along his journey of solitude Tomorrow becomes acquainted with another dog, Sporco. What I found touching about this relationship was how Sporco embodies the naïve child in all of us; in contrast to Tomorrow’s centuries of wisdom, Sporco is discovering the world for the very first time. And there is so much wonder in his growth:

“A creature that shambles through life, noisy with everything and nothing, is at once curious and admiring, silent even. I’m almost envious of him, of his chance to uncover the world’s surprises for the first time. I’ve all but forgotten the sensation.”

Which then poses the question: is eternal life really a blessing or a curse? The novel doesn’t answer this question with any certainty, but alludes to both sides of the argument in magical ways. I can only apologise for the amount of quotes I’m about to list here, but I couldn’t possibly choose between them:

“Perhaps because decay is the most virulent form of life, or perhaps because nothing speaks more of the phenomenon of being, than the absence of it.”

“In everything I saw tokens of worthlessness, tawdry emblems, reminders of the futility of short lives.”

“‘You see, how history can be changed?’ he said to me. ‘It’s never too late. Never too late to fashion the world how you dreamt it could be.’”

“And afterwards, I woke, not happy to be alive – but almost the opposite: terrified of eternity.”

“‘Tomorrow we begin again,’ he’d say, sometimes over a trivial thing, a burnt dinner, or our coach getting stuck in mud, but other times, uttered in defiance, a call to hope, when something had shaken us to our cores.”

“‘You asked why I called him Tomorrow,’ my master says. ‘Tomorrow is hope, is it not? If he has that name, he will surely last.”

I can only give Tomorrow 4 stars because it isn’t quite up there with some of my all-time favourites, mostly because at times I felt like the storyline didn’t grab me enough. But the premise of the whole novel and the way it is written is sublime, so it comes highly recommended.

You may also enjoy The Mermaid & Mrs Hancock.