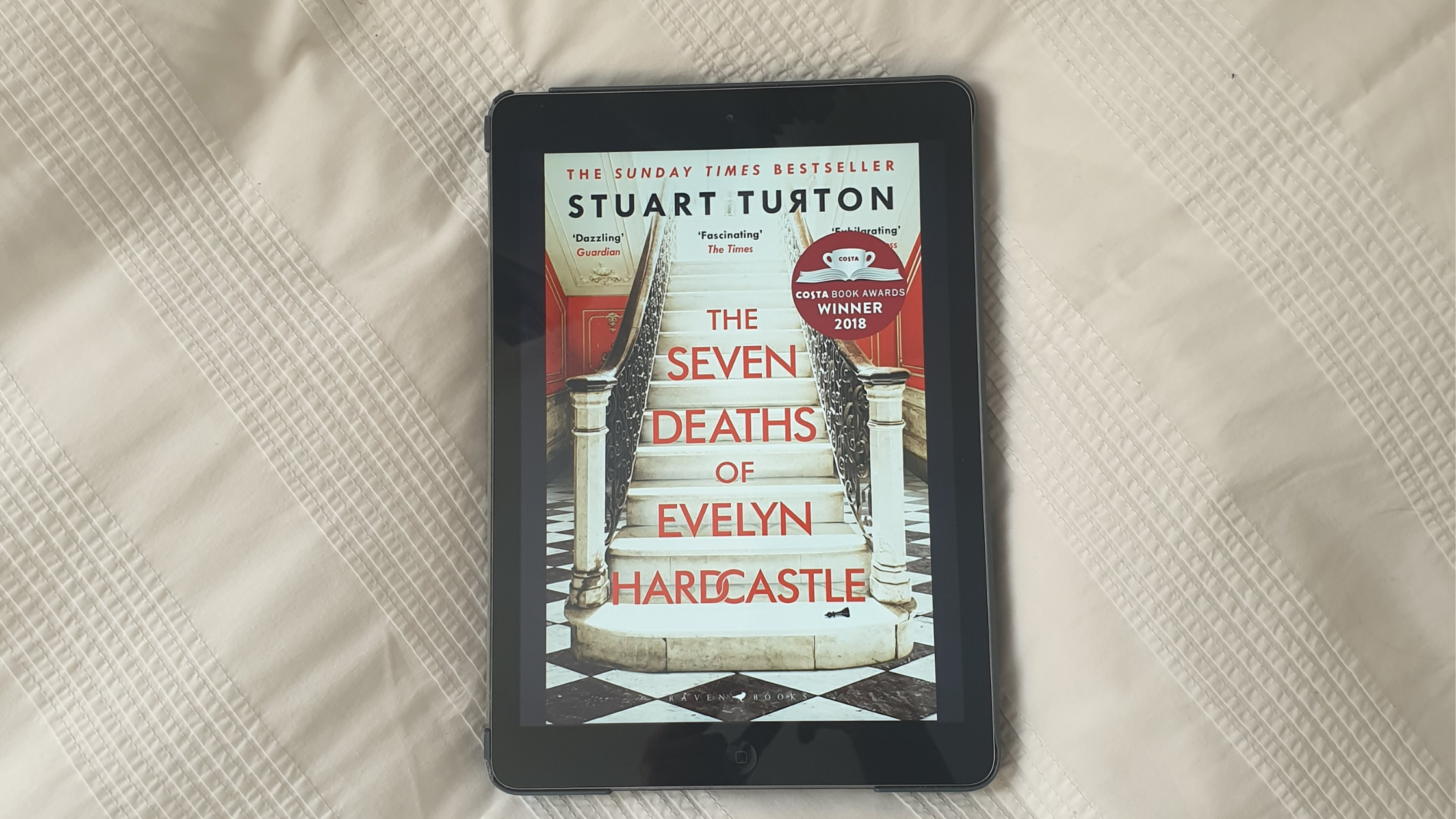 Set at Blackheath House, a neglected stately home in the middle of nowhere, The Seven Deaths of Evelyn Hardcastle is a complex mystery masterpiece. It’s a labyrinth of deception, manipulation, and unexpected alliances.

Lord and Lady Hardcastle invite old family friends to the house for a Masquerade Ball (morbidly hosted on the anniversary of their son’s death) to celebrate the return of their daughter Evelyn from Paris. Yet the tragedies are far from over for the Hardcastle family, with Evelyn’s life coming to an abrupt end on the eve of the party.

But who killed Evelyn Hardcastle, and why? As a reader you spend most of the novel being swept along in complete bewilderment, as you try to navigate the scene from multiple perspectives. Aiden Bishop wakes on the first morning to discover he has no recollection of who he is and what he is doing at Blackheath, and you soon discover that he will re-live this day eight times over, each day as a different guest.

“paintings and porcelain vases attempt to lure the eye from crumbling cornices. Given the extent of the decay, such concealment seems a futile gesture. They’ve carpeted a ruin.”

His purpose is simple: to solve the mystery of who killed Evelyn Hardcastle. If he succeeds, he will be released back to his former life. If he fails, he will start the loop all over again, with no memory of what he has unearthed so far – as it turns out he has done, multiple times. To complicate things further he is not the only one with this task; there are others, like him, who are stuck in this never-ending nightmare. But only one of them can escape.

As to how and why this is happening does get explained towards the end of the book. In a strange sense, I found the reveal to be a bit disappointing… I think some things are all the more alluring without an explanation, and there is already enough mystery to contend with.

“Whatever the intention behind its creation, Blackheath speaks to the monster in us…”

Contending with the chronology

As you would expect, the time paradox makes this novel confusing to follow, and even more so as it progresses: by reliving the day eight times over, there becomes eight versions of Aiden in the same day. The author does a good job of reiterating what has happened so far, but I still struggled at times to get my head round it.

The fact that Aiden’s memory is wiped at the beginning of the book is a useful literary device, as the reader is able to uncover the story alongside him. This leaves you to continuously ponder the complexities of the characters and how they interrelate: Who is a future version of Aiden? Who are his rivals? And who is just themselves?

“are we shards of the same soul, responsible for each other’s sins, or entirely different people, pale copies of some long forgotten original?”

“I feel their aches and am made timid by their fears. I am no longer a man, I am a chorus.”

“The clutter of this current life is scattered around me. I cannot help but trip over it.”

In short, nobody is quite what they seem. It’s fitting that the celebration is supposed to be a ‘Masquerade Ball’, as the novel consistently touches upon the notion of masking the true self:

“nothing like a mask to reveal somebody’s true nature”

“Of all Blackheath’s tricks, being exposed to every unpleasant side of a person you once considered a friend is surely the cruellest”.

As Aiden digs deeper into the idiosyncrasies of each character, you are encouraged to question what qualities make up a person, and how individuals are shaped by their circumstances. Specifically, whether people can actually change and how you can evidence this:

“’Our decisions led us here, Daniel. If this is hell, then it’s one of our making.’”

“‘I’m not the man you remember any more,’ I say. ‘It was a different life, a different set of choices.’”

The desire to change the events of the day is fundamental to Aiden throughout his journey from host to host. What also becomes apparent is the appreciation he develops for their personalities, and the advantages each one offers him in his search for the truth:

“I envy him his compassion, as I envy Ravencourt’s intelligence, and Dance’s ability to see through the shroud to the heart of things. If I carry any of these qualities out of Blackheath, I’ll be proud to have them.”

This revelation of Aiden’s is important in emphasising the point that not everyone is who they seem and makes the unexpected twists in the story all the more powerful. It leaves you awestruck, not just because you didn’t see it coming, but because you laughably wonder why you thought you ever had anyone figured out.

“So many memories and secrets, so many burdens. Every life has such weight. I don’t know how anybody carries even one”.

With its richness of detail and layers so intricately entwined alongside literary reflections, it’s no wonder I can barely articulate what I read. All I can say is that this book is absolutely epic. How on earth one person managed to imagine this, and then make it actually work, is nothing short of spectacular.