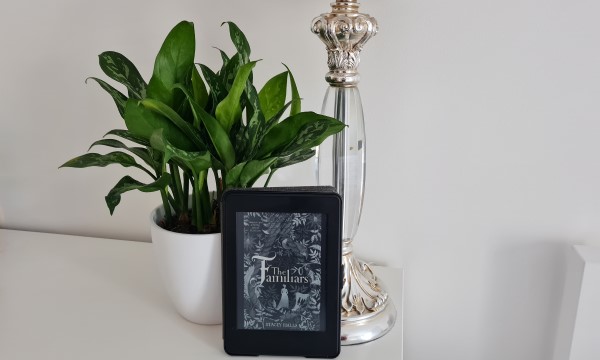 I really wasn’t keen on this one… but not sure why! I think I had expectations that The Familiars was going to have elements of magical realism, rather than just being solely historical fiction. I was hoping for a story laced with witchcraft, whereas witchcraft is merely alluded to as a superstition of the time.

Set in the 17th century, The Familiars takes place at a time when witchcraft was seen as a serious threat to society, and was often used to accuse and imprison women.

The king has muddled wise women with witchcraft.

Fleetwood Shuttleworth is recently married and pregnant for the fourth time; determined to make this pregnancy a success. She enlists the help of local midwife, Alice, but as Alice becomes embroiled in accusations of witchcraft the two women must fight in order to save each other.

I found couldn’t relate to Fleetwood as a character, because if I was a woman in that era I definitely would have just done as my husband told me! Given the societal expectations at the time, I would not have been brave enough to challenge the status quo, especially against such powerful men (it pains me to admit, but it’s true!).

Consequentially, I would have been very sceptical about employing a woman accused of witchcraft as my midwife, even if her methods did seem to work. If anything, that would make me even more cautious and potentially more likely to believe that she was a witch. You could argue it was the use of natural herbs and traditional medicine that made the treatment of Fleetwood’s pregnancy a success, but with such an anti-witch movement in England during that time, with serious implications for those involved, especially women, it would have been a dangerous risk.

On the flip side, I felt frustrated for Fleetwood that her views were completely dismissed, and it was almost impossible for her to obtain the information she needed just because she was a women. I could appreciate how trapped and isolated women like her must have felt.

The novel definitely touched upon how the dominant genders and classes spread rumours during that period, and were able to manipulate situations based on stories and beliefs rather than hard evidence. It brought to the fore how disadvantageous it was to be poor, especially poor and female, and how easily misinformation could spread out of fear and authority.

What was there for them in this life? In the shadows cast by their fire at night, perhaps they did see things they wanted

‘If the Devil is poverty, and hunger, and grief, then yes, I think they know the Devil.’

As interesting as this was, the story itself just didn’t grip me unfortunately and I struggled to get through it. Not for readers who are looking for a little more magic between the lines!