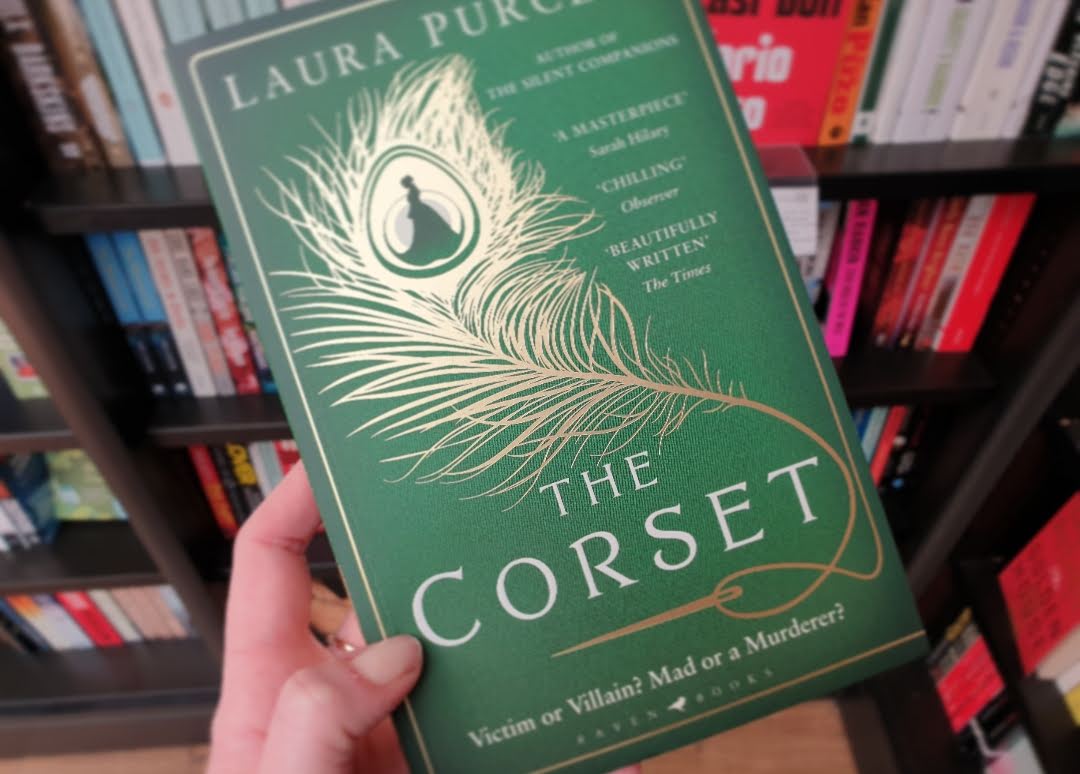 “‘You cannot really hurt someone with a needle, Ruth’. She cocked her dark head. I felt gooseflesh, skittering over my skin.

The Corset is a hauntingly addictive story of young Ruth Butterham, whose unfortunate childhood results in her landing behind bars, convicted of murder. With her parents unable to care for her, she is offered a job as a seamstress and a promise of a better life. But Ruth is convinced that she inflicts all sorts of horrors onto people through her sewing.

Dorothea Truelove lives an entirely different reality. Like many of the gentry in 19th century England, Dorothea is interested by the study of phrenology; measuring the size and shape of human skulls to determine links between physical characteristics and criminal behaviour. During her charitable visits to the women’s prison, the prospect of measuring Ruth’s skull – a child murderer – is very exciting.

And so unfolds a harrowing insight into fashion in the 1800s, alongside poverty, debt, mental illness, and above all, loss.

I spent the vast majority of the novel debating the purpose of Dorothea’s presence in the narrative. I couldn’t rush through Ruth’s accounts quick enough, desperate to find out what happens next. But Dorothea’s sections left me a little bored and disengaged. I thought perhaps the juxtaposition of the two classes exposed the similarities and differences in their lives. For example:

“But grief, as I have often observed, is a strange distorter. It makes one believe the most fantastical things.”

Both Dorothea and Ruth experience grief. And arguably there is madness in what both of them cling to –  that Ruth can cause suffering through a needle and thread, and that someone’s skull determines their personality traits.

But equally there is ridicule in how Dorothea’s pain compares to Ruth’s:

“I was forced to endure the clasp of her hands and a kiss on either cheek. A cloud of jasmine emanated from her skin and made me choke – it was though I had bitten into a bar of soap.”

All I can say is that the two characters are more similar than you originally think,. I was a little bewildered by the ending at first, so much so that I had to trawl through online threads before re-reading the last few pages until it all made sense. That aside, it was quite possibly the best ending I’ve read in a very long time.

As a result I’d give The Corset a well-earned 4 out of 5 stars. A beautifully written page-turner with a great plot twist that I naively didn’t see coming! I also enjoyed the subtle dressmaking imagery scattered throughout:

“I’d be like the threads left behind once a bead falls from a dress.”

“White crystals made a lace between the cobbles.”

“I’d create agonies for her in red silk, livid horrors in mauve cotton.”