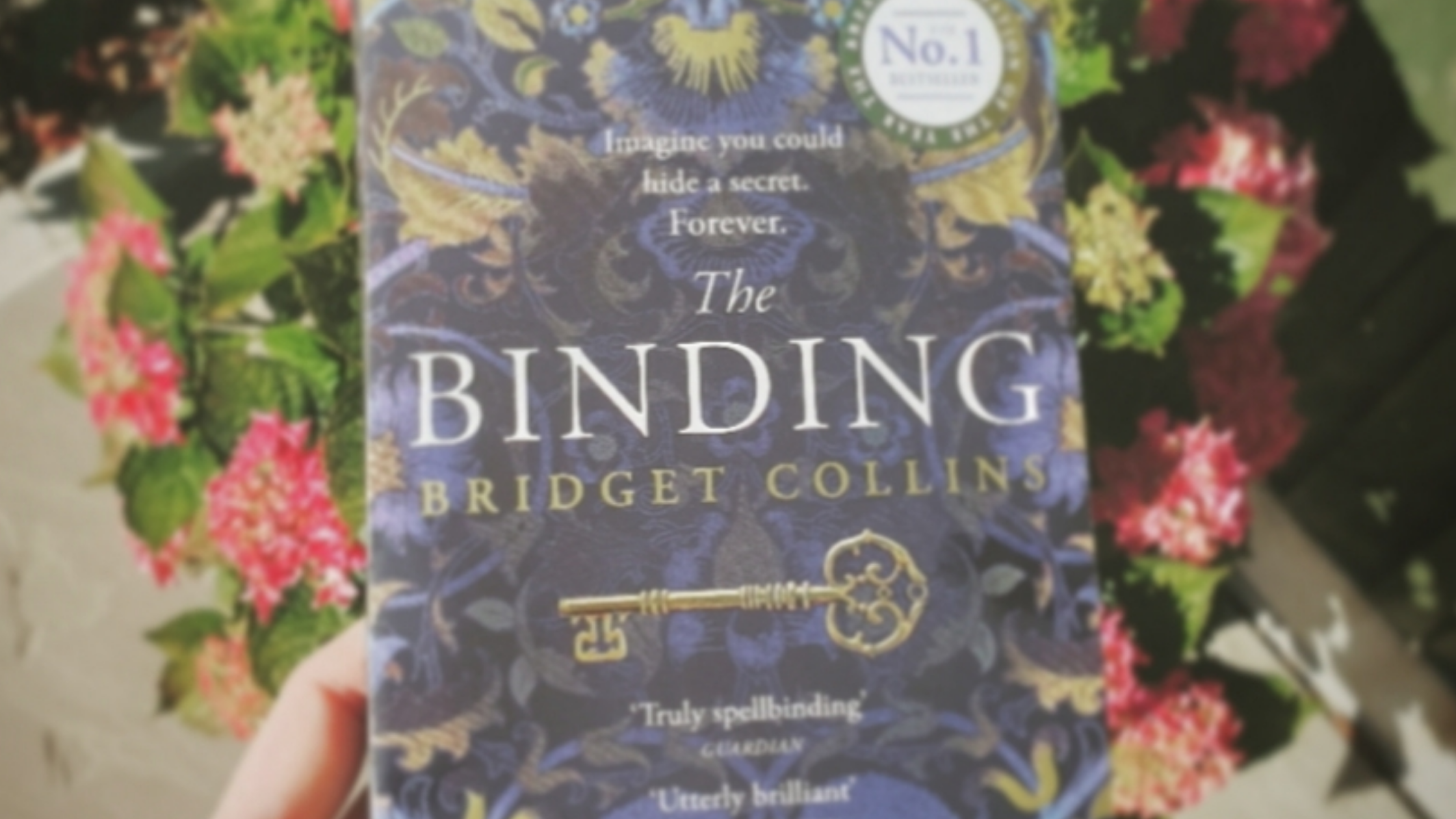 Have you ever read a book and wished it wasn’t just the author’s elaborate imagination creating a world that doesn’t really exist? But what if books were exactly that – pure truth – no secrets barred; the characters’ conscious exposed down to the minute details?

In The Binding, books are a mechanism to encapsulate memories, but in doing so the person whose memories become that book will completely forget their own story. To visit a bookbinder, and to be ‘bound’, is to escape from a part of your life you no longer want to remember.

“These little lies can be a burden. It’s so much better to start a new life with nothing to regret or hide.”

“He says that a real, authentic book breathes an unmistakable scent of… well, he calls it ‘truth’, or ‘life’. I think maybe he means ‘despair’.”

When Emmett Farmer embarks on his journey as a bookbinder’s apprentice and he discovers what the profession involves, you come to understand why books are despised by so many people. Extracting someone’s memories leaves a hole in their soul, and they become less of a person than they were before.

“De Havilland calls himself an artist, but ultimately a binder is merely the rectum through which waste is squeezed into another shape.”

“You come here and drain a boil. A huge throbbing carbuncle, the size of someone’s whole life. Then you wash your hands and pretend you never smelt anything but roses […] All for the benefit of mankind. Except that you’re really doing it because my father likes the taste of pus.”

It’s interesting how both of these metaphors compare bindings to natural things (disgusting, but natural). What does this say about our regrets and how we should view them? I’m sure all of us have memories we would rather forget, but maybe it’s a part of life that we should embrace. I think the idea that our memories could be bound is an acknowledgement of how we all aspire to the ‘perfect’ life, and how bad experiences can taint this leading to feelings of failure.

The bookbinding process is particularly corrupt among the wealthy classes, who use bindings as a way to forget their wrongdoings or to manipulate others around them. It’s also more common for the rich to collect ‘trade’ books, i.e. books that have been sold for other people to read. This source of entertainment is considered grotesque amoung most, but it highlights our tendency to sometimes revel in the misfortune of others.

“Over the fireplace a smug little cherub chortles over someone’s secrets.”

While the art of bookbinding and its place in Victorian society is an original idea, the concept is a backdrop to the narrative as opposed to the core of the story. Instead Collins uses the notions of knowledge, secrecy, guilt and denial to build an unexpected romance.

This novel was such a slow burner for me, but once I got into it I could really appreciate how she used bookbinding to question human emotion and the role it plays in how we conduct our relationships. For example, is it really better to remove what causes us pain and regret, or to struggle through it? Do we always want to remember how something made us feel? How can we move forward if we don’t know where we’ve already been?

The idea that knowledge is power was palpable throughout, both in simply knowing the truth but also in how we fabricate missing pieces of a story when we don’t know the facts:

“My mind floods with fragments of nightmare, vivid and plausible and sickening. The real memories are bad enough… But behind them are shadowy pictures of worse things.”

“A mumble, a vowel and a sibilant, deformed by the grimace on his face. Perhaps I hear my name the way we hear singing in the wind: because we want to find meaning in meaningless things.”

Overall I’d rate The Binding 4 stars. It wasn’t at all what I expected; I assumed it would be more about Emmett’s role as an apprentice, and it was predictable at times. But I thought the way bookbinding was used to explore how people cope with remembering difficult things, and how that shapes us, was incredibly inventive. And we all know how much I like a contemplative novel!

If you enjoyed The Binding, I’d recommend checking out The Corset by Laura Purcell.